Bitcoin price rebounded May 2 after a sudden drop below $9000 Monday triggered support above $8800 which continues to hold.

In a move conspicuously similar to behavior also seen April 1, BTC/USD dropped several hundred dollars in minutes before turning around, this time at $8840.

The surprise uptick exactly one month previously began what subsequently became Bitcoin’s best month of 2018, the largest cryptocurrency gaining over 30% through the month.

Now, as traders and investors continue to eye potential for further, even bigger, increases, attention is turning to overcoming major price resistance around $10,000.

Last month, attempts to breach the barrier saw Bitcoin highs of $9700 before a dramatic retrace to nearer $9000 took hold. 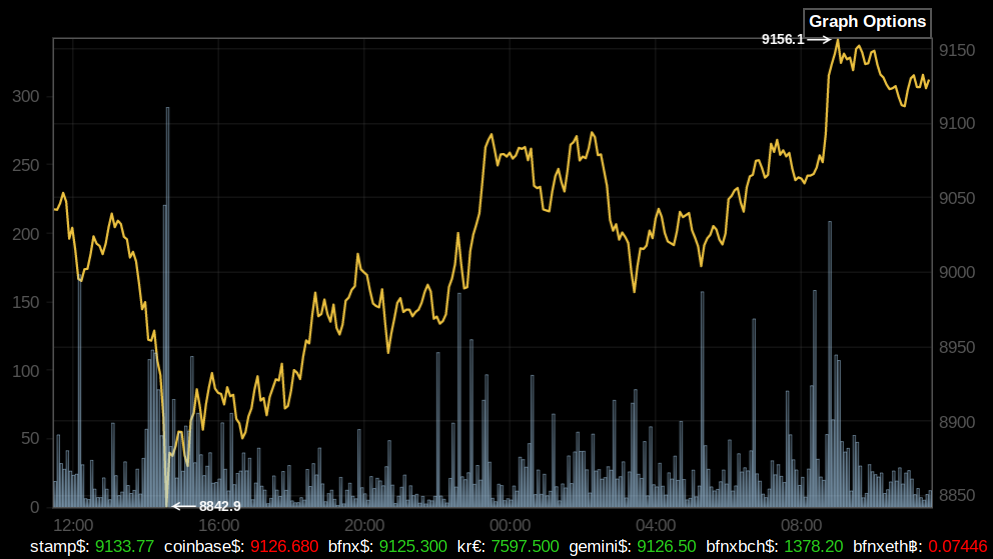 Industry Shows No Signs Of Sweat

Monex hit the headlines last month when it confirmed it had purchases ailing exchange Coincheck for $33.5 million.

“Regulators really hated derivatives in 1980 but just soon after that they really embraced them,” he said on stage at the Japan Society in New York quoted by FXStreet.

What’s happening in the crypto world today is very similar to derivatives in the 1980s, and sooner or later all of those regulatory frameworks will be fixed.

Matsumoto is just the latest figure to lend weight to the narrative that ‘big money’ is waiting in the wings regarding Bitcoin, subject to regulatory sentiment and opportunities being right.

Last quarter, investor David Drake told Bitcoinist that crypto investing is a “permanent force” and “here to stay,” becoming a “$10 trillion market” regardless of current habits.

Drake also successfully predicted that prices would U-turn around April.

What do you think about Bitcoin’s price outlook this month? Let us know in the comments section below!

What Happens When All the Bitcoins Have Been Mined?

Ethereum Guns for $200 as the ETH-BTC Pairing Turns Bullish