Bitcoin looks to become the biggest beneficiary of increasing money digitization as countries, such as Sweden, spearhead the so-called ‘war on cash.’

By definition, cash is legal tender or coins that can be used to exchange goods, debt, or services, according to Investopedia.

The main property of cash is that besides being physically exchanged at the point of sale for goods or services, it also offers some degree of privacy to both transacting parties, unlike credit or debit cards.

There is no need to submit a name, address, and contact information when buying a pack of gum. But each time you use your debit card, for example, the transactions goes through a central payment processor, which verifies and confirms private bank customer information.

Today, the closest country to a cashless society is Sweden with other Scandinavian nations following closely its footsteps. Most of the country’s banks no longer handle cash. Shops, cafes, restaurants, and public transportation only accept digital payments via cards or mobile apps.

Besides trivial arguments, such as having your pockets filled with metal coins, cashless society proponents believe that removing cash would make money more transparent and reduce corruption, money laundering, and tax evasion.

The downsides, however, are becoming increasingly apparent, particularly for the poor and the elderly, who lack access to the digital economy. The disastrous demonetization experiment in India has shown as much when the poorest segments of the population were completely cut off from the economy because their money was no longer accepted.

In fact, the unbanked and the underbanked face the biggest risk of being further excluded from a cashless society.

“If this development with cash disappearing happens too fast, it can be difficult to maintain the infrastructure” for handling cash, Mats Dillen, the head of the parliamentary review, told Bloomberg. He added, “One may get into a negative spiral which can threaten the cash infrastructure.”

Yes, it is true that Bitcoin is digital. However, Bitcoin retains this very important cash-like property of pseudonymous, peer-to-peer payments while eliminating the problem of proximity.

Meanwhile, the war on physical money has been escalating despite failed demonetization attempts. China, for example, where digital payments have exploded in recent years, has been one of the biggest drivers of this trend. 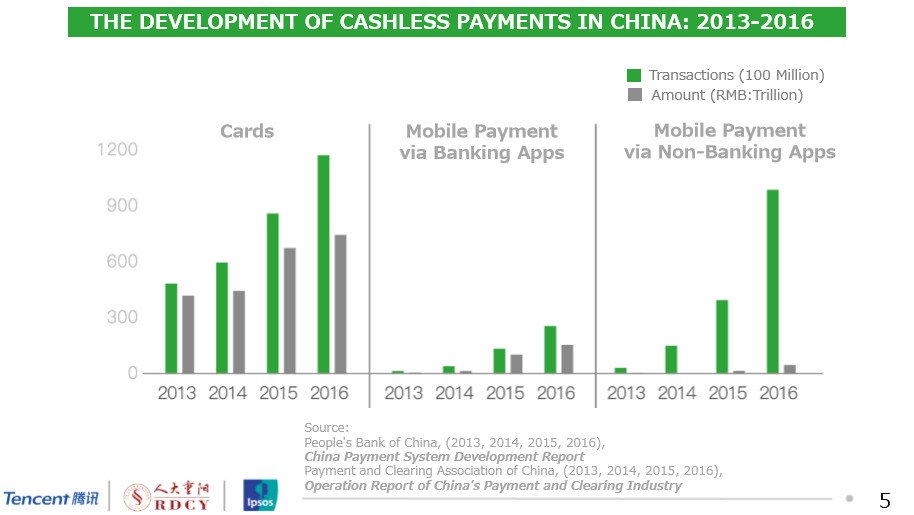 According to the Tencent Research Institute, Chinese consumers spent $5.5 trillion through mobile payment apps last year, about 50 times more than their American counterparts.

But it may not be just a coincidence that places like China, Japan, and South Korea are also front-running global cryptocurrency adoption as well.

Realizing that payment service providers, third-party services, and financial institutions not only have complete control over money flows but also mishandle personal information, these early adopters are choosing to buy into decentralized cryptocurrencies as an insurance policy against third-party risk and custodial accounts.

Remember, when you deposit ‘money’ in a bank.

You don’t actually own anything in a bank —your assets are the unsecured liability of an institution that could very well go bankrupt. #GoldTelegraph pic.twitter.com/e22MKyvV1B

Critics of a cashless society argue that cash is the last bastion of financial privacy. Coupled with tracking methods like biometric identification, everyone’s financial history, with every transaction even down to the dollar you gave to a homeless person, would be recorded and stored in a bank-controlled database.

Therefore, Bitcoin is poised to gain the most from the increasing digitization of money because cash may be the only real competitor left.

Is cryptocurrency the only way to preserve financial privacy? Let us know in the comments!

Disclaimer: The views and opinions expressed in this article are solely those of the author and do not necessarily reflect those of Bitcoinist.com.