Blockchain apps are an integral part of the sprawling tech landscape in South Korea. The technology behind Bitcoin is no longer the exclusive preserve of the finance world in the country. From gaming to fitness, app developers compete against each other to capture the attention and imagination of the public.

Fierce Competition Among IT Giants

Usually, startup enterprises are the heart of blockchain innovation with established firms seemingly slow to come to the party. However, in South Korea, IT behemoths like Kakao and Naver have jumped on the blockchain bandwagon. In March, Kakao revealed plans to launch a reverse ICO for its legacy cryptocurrency called “Kakao Coin.” The largest messaging app operator wants to develop a decentralized platform under the aegis of its blockchain subsidiary, Ground X.

LINE, a subsidiary of Naver based in Japan, also plans to expand its reach by embracing blockchain technology. The company, which operates out of Japan to avoid direct competition with its rival, recently signed a partnership with ICON. The partnership enables the two companies to form “Unchain” – which is part of LINE’s blockchain expansion efforts.

Startups Also Getting in on the Blockchain Fever

The massive gaming industry isn’t left out as well with Kodebox, another startup company making giant strides in the arena. Speaking to local media, a representative of Kodebox said:

Our goal has always been to develop a blockchain platform including one that allows users to exchange cryptocurrencies and items in a game. We also have plans to release a new open source-based platform Kodechain. 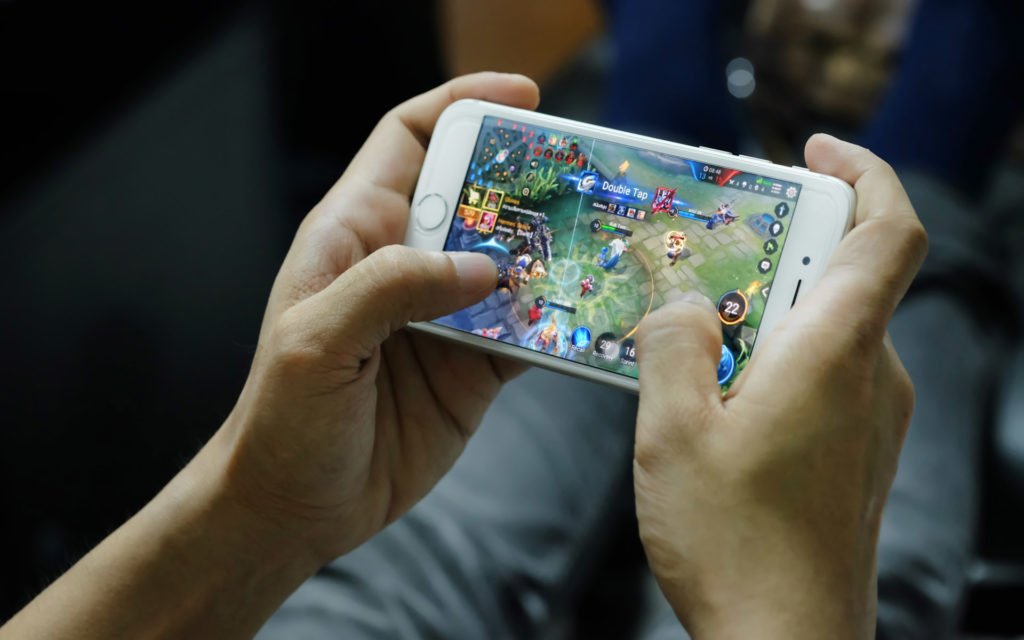 Part of the appeal of blockchain-based games is the ability to monetize them. Gamers earn digital coins playing the games. These in-game tokens can be converted to Ethereum and subsequently to fiat.

South Korea has a history of computer game commerce that predates the emergence of crypto and blockchain technology. It is this history that makes the new era of monetized gaming an enormous hit in the country. During a recent interview with CNBC, Arthur Hayes of BitMEX drew attention to the same fact, noting that South Koreans were used to trading digital assets via computer games. As a result, they have taken to monetized blockchain commerce like fish to water.

Will the blockchain fever spread from South Korea to other countries? What type of blockchain-based mobile apps would you fancy? Please share your views with us in the comments below.

Images courtesy of Twitter/@helloiconworld and Shutterstock.