The Ethereal conference, set to begin on May 11th, has fallen on some controversy involving one of its newly announced guests, Deepak Chopra.

Until recently, the reception around these speakers and presenters was quite positive. Major players such as the co-founder of Ethereum, Joseph Lubin, and Yorke Rhodes, co-founder of the blockchain division at Microsoft, have been joining the standings as presenters.

However, when Ethereal announced the addition of Deepak Chopra to the lineup of presenters, public sentiment took a trip south. The public quickly expressed their outrage with a large discussion blowing up on social media platforms such as Twitter and Reddit.

The crypto world is not happy with Deepak Chopra https://t.co/59OZRgicHC

So Who is Deepak Chopra?

Deepak Chopra is a controversial author and public speaker who has some background in the medical field. He is primarily known today as a major figure in the New Age movement. Over the course of his over 20-year writing and public speaking history, he has garnered large amounts of both support and backlash from different groups around the world. 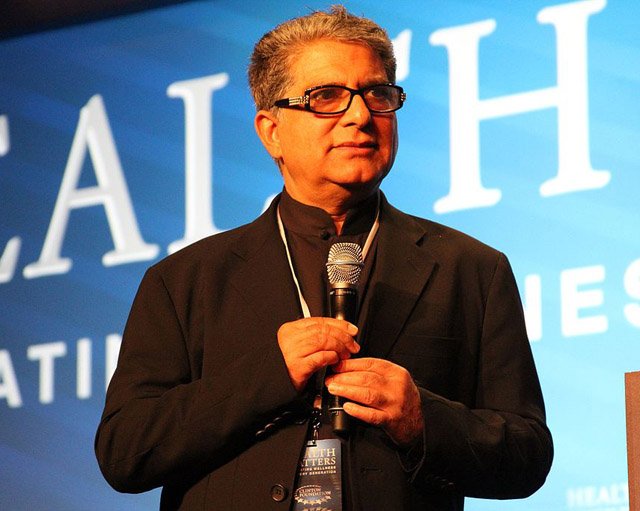 The reason why he is so controversial is that he often dismisses common scientific facts with alternative theories that clash with common knowledge. Take the example of him saying “HIV may be a precipitating agent in a susceptible host. The material agent is never the cause of the disease.” Which is Chopra essentially saying that HIV does not cause AIDS in people. Additionally, look at another example of his, taking a stab at MIT professors by casually saying:

Kids are learning more from their video games than the PhDs at the MIT.

Obviously, this statement was not well received by academics and critical thinkers as it essentially has no basis in fact. Controversy is never a strong suit to play, especially in an important conference based on rational forward thinkers who are ready to accept the future. Although Mr.Chopra doesn’t have such a negative perception in all communities, it would be fair to say that a sizeable contingent of the crypto community is not enamored of his views.

The co-Founder of Ethereum, Vitalik Buterin, also threw in his thoughts into the metaphorical Deepak Chopra crockpot. Vitalik stated on Twitter:

Why is this fraud allowed to speak at this conference, part 2https://t.co/kQkv9VrE7ehttps://t.co/0ZxnhAwI59

This came right after Vitalik called Craig Wright a fraud during last week’s Deconomy conference in South Korea. Although Vitalik sometimes is spontaneous with his statements and arguments, it is clear that he did not mean this in jest.

An Ethereum Foundation designer, Alex Van de Sande, also hopped on the bandwagon with a similar stance towards Chopra.

I seriously hope that @ConsenSys and @ethereumJoseph come to their senses. I did not work on a real mind bending, world changing community to see it being appropriated by an anti-science, anti-medicine charlatan. Anyone who’s attending/speaking that conference should reconsider. https://t.co/rz6q4FTKZu

At this point, the Ethereal team has not made any indication that they will be removing Chopra from the guest lineup due to the controversy. Despite this, Amanda Gutterman, one of Ethereal’s founder made a Reddit post that reinforced the argument that just because they were allowing him to be present didn’t mean that they endorse his views and beliefs. Gutterman also points out that Chopra is not giving a presentation but is instead leading a meditation in the conference’s Zen Zone.

Who knows how Deepak Chopra will be received on the date of the conference, May 11th? For now, only time will tell.

Do you think the Ethereum and crypto community alike have the right to call out a man like Chopra? Please let us know in the comments down below.

Behold the Latest Bitcoin Board Game, ‘Hodler of Last Resort’