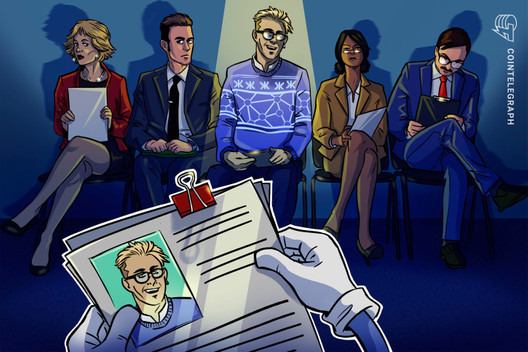 Demand for legal experts with blockchain technology knowledge is high, according to Major, Lindsey & Africa managing director Brian Burlant, who recruits for law firms and in-house legal departments. The news was published by legal news and information site Law.com on April 17.

According to Burlant, law firms are having difficulty keeping up with cryptocurrency and blockchain industry demands for lawyers because of a lack of candidates who really understand the technology. Burlant said that a lot of lawyers enter the space from regulatory practices or government, where they were engaged specifically in practices related to cryptocurrencies.

Burlant stated that “for law students and those early in their legal careers, coupling a practical business approach with a working understanding of the technology is a good way to go.” He further advised that law students focus on blockchain, and not on cryptocurrencies, as blockchain “will be a game changer.” Mary K. Young, a partner at Zeughauser Group,said:

“I think that the blockchain space was extremely popular for lawyers toward the end of 2017, and then the cryptocurrency crash happened, and a lot of lawyers who were working in crypto or blockchain went back quietly to whatever they were doing before, like Silicon Valley in the ’90s.”

Young also noted that privacy law has grown substantially, with most global and national companies having added capabilities in privacy and data security sector in the course of the last five years.

As recently published forecasts predict, global blockchain spending could account for almost $2.9 billion in 2019, which is an 88.7% increase from 2018. The financial sector will purportedly be the leading industry in terms of spending in blockchain development this year. Banking, securities, investment services and insurance services are forecasted to invest more than $1.1 billion out of the total global blockchain spending.

Additionally, a recent survey conducted by Big Four auditing firm KPMG revealed that most tax and finance executives do not consider adopting blockchain technology. At least 60% of respondents claimed they would like to deploy blockchain in their companies to automate some repetitive tasks. Nonetheless, 67% were not using the technology at the time, while the other 27% were not sure whether their company was using it.

Bitcoin Magazine’s Week in Review: Looking Back to See the Way Ahead

Analyst: Bitcoin May Drop as Low as $5,400 Before Bears Take Full Control, Here’s Why