Producer DJ Khaled and boxer Floyd Mayweather have allegedly been sued over their involvement as celebrity endorsers with the Centra Tech cryptocurrency scam.

An exclusive report from TMZ said boxer Floyd Mayweather and well-known producer DJ Khaled are involved with a lawsuit claiming they participated in the Centra Tech cryptocurrency scam.

Reporting from the outlet said a class action lawsuit noted how the duo were celebrity endorsers who promoted the virtual currency on social media.

The TMZ report said investors are looking to get their money back, plus damages, from company founders and the celebrity endorsers.

As of press time, it was not clear if TMZ had new information or was reporting based off of already-released information. Former investors in the virtual currency filed a class action lawsuit earlier in the year that claimed Centra Tech was in violation of federal securities laws with their token sale.

In late June, a magistrate judge published a report that said the tokens released via the Centra Tech ICO were securities under federal law. 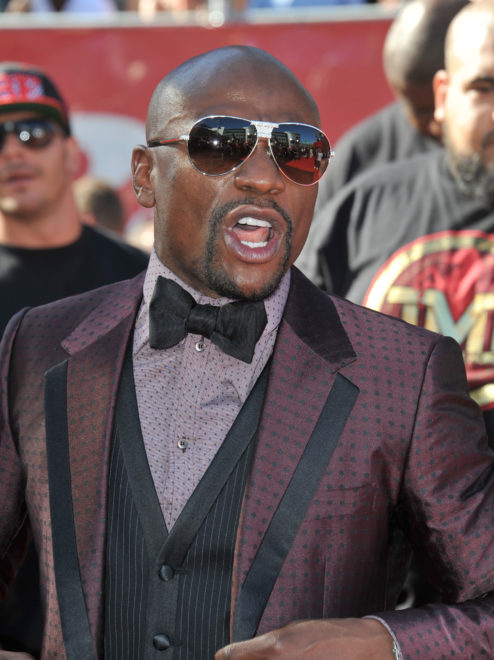 Authorities: Centra Tech Is A Scam

The three co-founders of Centra Tech, Raymond Trapani, Sohrab Sharma, and Robert Farkas, were arrested in April and were later accused of defrauding investors with a token sale.

Made false claims about their product and about relationships they had with credible financial institutions.

They said the actual CTR tokens were sold in an illegal ICO.

In May, Bitcoinist reported that the co-founders lied about partnership deals, and said Centra Tech struck collaboration deals with entities like Visa and Mastercard.

They also made up a fake CEO so the project would appear more credible. Overall, investors purchased about $60 million dollar’s worth of CTR tokens.

Right now, the three co-founders are looking at a total of 65 years in prison, according to an indictment. They are also subject to paying financial penalties for their actions.

Promotion By Celebrities On Social Media

Mayweather and Khaled both endorsed the project and worked to promote it on their own social media accounts.

Spending bitcoins ethereum and other types of cryptocurrency in Beverly Hill https://t.co/q9VZ3MzpK8 pic.twitter.com/BYyOFUnm8W

Both Mayweather and Khaled made Instagram posts promoting the offering before the token sale launch.

Khaled wrote in his Instagram post that “The Central Card & Central Wallet app is the ultimate winner in Cryptocurrency debit cards.”

Around the time Centra’s ICO was going live, Mayweather also Tweeted how followers should get CTR tokens “before they sell out.” The famous boxer said he “got mine” in the same Tweet.

Centra’s (CTR) ICO starts in a few hours. Get yours before they sell out, I got mine https://t.co/nSiCaZ274l pic.twitter.com/dB6wV0EROJ

In November 2017, the U.S. Securities and Exchange Commission issued a warning about celebrity-backed ICOs. The regulator said people should be wary of opportunities “that sound too good to be true.”

What do you think about TMZ’s report on Mayweather and Khaled? Let us know in the comments below!

Ethereum Miners May Be Exposed to a Hacker Mass-Scan Campaign

Investor Says Bitcoin is the ‘First Viable Replacement For Gold’