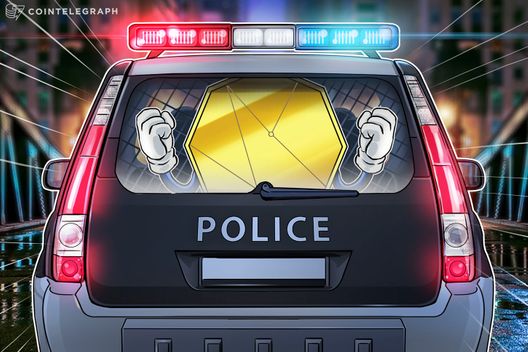 According to documents acquired by Izvestia, the interior ministry of Russia is developing an amendment of legislation that concerns legalizing only registered operations with open source cryptocurrencies such as Bitcoin (BTC), Ethereum (ETH), and others. The ministry has suggested that in order to conduct legal transactions in crypto, persons or entities should acquire a “mandatory registration with state authorities conducting financial and tax regulation.”

The initiative is reportedly coming from the Russia’s interior ministry’s Main Directorate for Drugs Control (GUKON). On July 13, head of the GUKON Andrey Khrapov requested that Russia’s Ministry of Finance express their stance on the potential realization and feasibility of the proposed legislative measures, Izvestia reports.

Russia’s Ministry of Economic Development has reportedly expressed a sceptical stance on the interior ministry’s initiative, claiming that it is “still early” to consider the criminalization of cryptocurrency operations. The deputy chief of the Ministry of Economic Development Savva Shipov pointed out that as yet there is no legislation referring specifically to regulating crypto transactions.

However, Shipov noted that persons or entities can be prosecuted in cases in which crypto was used as a means of payment for already established illegal activities, such as arms or drug trafficking.

Artem Tolkachev, a legal expert and CEO at Sputnik DLT, has endorsed the position of the Ministry of Economic Development in an email to Cointelegraph. According to Tolkachev, “it is too early to speak about criminalization of illicit [unregistered] cryptocurrency operations,” since the necessary legislation has not been established for the industry.

Tolkachev also noted that while crypto trading “has been in a so called ‘grey zone’ in Russia,” and a number of Russian authorities have been raising similar initiatives since 2015, the idea of criminalizing crypto trading had yet “no direct legal ground.”

In terms of the impact of such initiatives, the legal expert suggested that Russian crypto projects will eventually “look for another jurisdiction,” pointing out that some large crypto-related firms are already working “through foreign setups”:

“If such initiatives as criminalization of cryptocurrency will gain force in the future, this will have negative impact on real projects, that will as a result look for another jurisdiction. In fact large crypto operators are not working through Russian structures already, operating through foreign setups instead.”

The Ministry of Finance first introduced a full regulatory framework for crypto and blockchain in January, 2018. The bill, titled “On Digital Financial Assets,” was reportedly set to be finalized by July 1. So far, the bill has been approved in only the first of three readings by Russia’s parliament the State Duma.

While the recently approved version of the bill legalizes activity around crypto and Initial Coin Offerings (ICOs) in general, it still directly determines that digital financial assets “do not constitute a legal method of payment within the territory of the Russian Federation.”

Ripple to Save Millions for a Oil Company, XRP Reacts at Historical Support