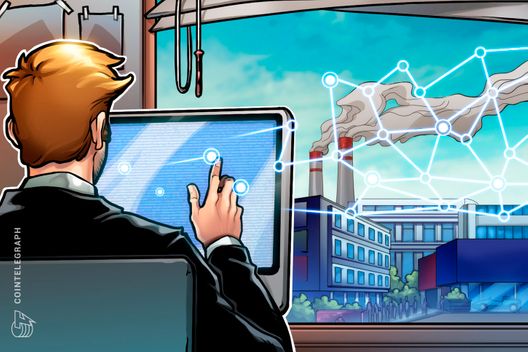 On October 18, the U.S. Securities and Exchange Commission (SEC) announced the launch of the agency’s Strategic Hub for Innovation and Financial Technology (FinHub). The new arm of the regulator will be focused on fintech-related fields, including, specifically, distributed ledger technology (DLT) and digital assets.

What made the SEC create FinHub?

The SEC, being an independent federal agency responsible for protecting investors from fraud schemes, has been trying to regulate the crypto market in the U.S. However, due to the decentralized nature of cryptocurrencies and lack of federal regulatory framework, the agency’s purview has been significantly limited: the SEC had issued numerous public warnings for investors and fought crypto scammers on a case-by-case basis in the past, but has been unable to come through with more precise, blanket regulatory solutions.

Consequently, in July, U.S. Rep. Bill Huizenga’s highlighted the watchdog’s limited possibilities before Congress. The lawmaker argued that financial regulators such as the SEC should be given more power to regulate the cryptocurrency market in compliance with the same rules governing other currencies and stocks. The pressure increased further in September, when a group of other lawmakers from Congress sent a letter to the SEC Chairman, Jay Clayton, asking his agency to tell investors how they plan to regulate digital currencies:

“It is important that all policy makers work toward developing clearer guidelines between those digital tokens that are securities, and those that are not, through better articulation of SEC policy, and, ultimately, through formal guidance or legislation.”

In October, Yahoo Finance and Decrypt Media published a joint investigation on the SEC’s actions on the crypto market, suggesting that the watchdog had expanded its crackdown on Initial Coin Offerings (ICOs). Nevertheless, regulatory ambiguity remained, the report authors argued — the watchdog still relied on pre existing laws for its alleged clearout.

The new FinHub, in turn, “replaces and builds on the work of several internal working groups at the SEC” that have approached blockchain and cryptocurrencies, among others, as per the regulator’s press release. It will be lead by Valerie A. Szczepanik, Senior Advisor for Digital Assets and Innovation and Associate Director in the SEC’s Division of Corporation Finance, who has been dubbed as “the first crypto czar” by the community. Szczepanik seems to root for the healthy balance between investor protection and facilitating technology development, as Cointelegraph previously reported. In many ways, the Finhub seems to be the answer to the above mentioned letter sent to Jay Clayton.

What is FinHub exactly?

Essentially, FinHub is a portal that aims to streamline communication between the SEC and the public. More specifically, it attempts to help fintech startups — ICOs included — to achieve full compliance with the watchdog before rolling out their product. As SEC Chairman Clayton states in the press release,

“The FinHub provides a central point of focus for [SEC’s] efforts to monitor and engage on innovations in the securities markets that hold promise, but which also require a flexible, prompt regulatory response to execute our mission.”

In her comment for Forbes, Szczepanik was more brief and straightforward:

“We’ve been doing these things for years. This is going to bring it all together […] We’ve found it incredibly helpful to hear from folks, especially in fast-moving areas like DLT”

Thus, FinHub’s key feature is communication: the website allows to contact SEC staff members and even request a meeting by submitting a corresponding form via a large button titled “engage with FinHub”. Starting next year, the hub also plans to run a FinTech Forum focusing on DLT and digital assets.

Additionally, the FinHub’s website promotes information regarding the SEC’s activities on the crypto market: for instance, there’s a link to February’s Chairman’s testimony on virtual currencies and the agency’s investor bulletin for ICOs, along with other educational articles like “5 things you need to know about ICOs”.

Regulatory uncertainty is still there

Whilst the FinHub seems to be a sign that the SEC is looking to apply more regulation on the crypto market, its actual output is yet unclear. Nevertheless, the hub still represents a more advanced approach for a federal regulator to educate the masses and facilitate compliance on the market: in the past, the SEC relied on general public warnings and a mock ICO website that redirected clueless visitors to Investor.gov website.

Interestingly, according to the FinHub website, the portal aims to work with “both domestic and international regulators” regarding emerging technologies, which might prove beneficial for the blockchain industry on the global scale.

Thus, the new SEC’s center suggests that less industry players will be left in the dark now, as they will get more options to stay in touch with the regulating body. However, that raises another question — will the SEC be able to provide clear answers regarding its regulations for those players, giving the fact that they still haven’t actually replied to the Congressmen?