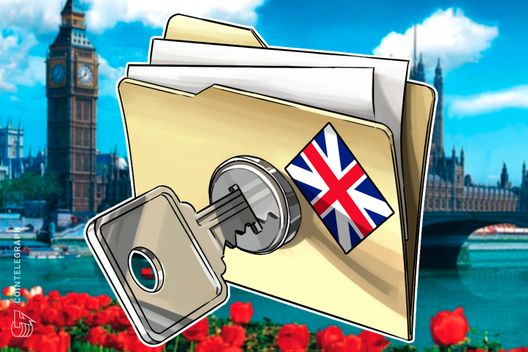 The new license has been issued to the Wirex, whose main product is a prepaid debit card that converts crypto into fiat currency for everyday use.

As Cointelegraph has reported, the FCA granted an e-money license to major US crypto exchange and wallet service Coinbase this March, which applies to the firm’s fiat, not cryptocurrency, dealings. The license has facilitated Coinbase’s cooperation with UK banks and its access to the UK’s Faster Payments Scheme (FPS), as well as contributing to its ability to roll out support for the Pound sterling on its trading platform this August.

Alongside licensing issuance, the FCA established a UK fintech sandbox in March 2016 with the purpose of facilitating innovative fintech development within a protected testing environment that eases strict regulatory requirements. In March 2018, the FCA extended its sandbox globally, aiming to accelerate global cooperation in the financial sector.

As Financial Magnates further reports, the FCA accepted two British crypto companies, Globacap and BlockEx, to the sandbox in June and July 2018, both of whom are reportedly developing blockchain applications for a range of financial services.

Financial Magnates quotes the FCA as saying that among the 69 companies that competed for a place in the sandbox’s latest induction phase, 40 percent were blockchain-related initiatives.

Even as it moves to support fintech and crypto innovation, the FCA has been vigilant in proactively warning the British public about the dangers of fraud in the crypto sector.

Last week, the watchdog issued an official warning that crypto investment scams are increasingly targeting British investors, saying that fraudsters are apt to use celebrity images, slick websites or “prestigious” City of London addresses as a smokescreen through which to lure prospective investors.

The watchdog has also this spring clarified that unlike crypto spot market activities, trading, transacting and advising on cryptocurrency derivatives falls within the FCA’s regulatory perimeter and therefore requires its official authorization.

What Is a Satoshi, the Smallest Unit on the Bitcoin Blockchain?

USDT-Bitcoin Relationship Means BTC May Explode Over the Weekend

JPMorgan Warns Stablecoins Like Libra at Risk of ‘System Gridlock’